Baptism is One of Two Ordinances Observed by First Christian Church

While Baptism is essential, one is not saved by Baptism alone. Baptism follows a belief in Jesus; repentance of one’s sins; and a public confession of Jesus as savior. 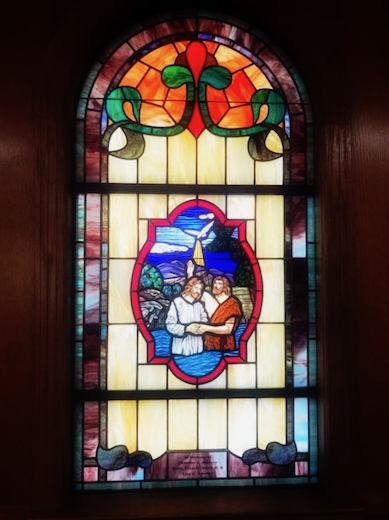 Three thousand converted on the day of Pentecost  – Acts 2:1-38

Why we do not practice sprinkling as a form of Baptism…

Sprinkling was only introduced as a substitute of Baptism centuries after the Church began on Pentecost. The Edinburgh Encyclopedia, in its article on baptism, provides the following information.

“The first law for sprinkling came about in the following manner:  Pope Stephen II, being driven from Rome by Adolphus, King of the Lombards, in 753 A.D. fled to Pepin. While he remained there, the monks of Cressy in Brittany consulted him as to whether in case of necessity; water might be poured on the head of an infant instead of using immersion. Pope Stephen declared that it was acceptable. It was not till almost 400 years later in 1311 A.D. that the legislature, in a Council at Ravenna, declared sprinkling to be the same as immersion.”

It should be noted that this “CHANGE” was not made by Christ or by any of his Apostles.

Since God’s Word does not change, we baptize believers only by immersion. We accept transfers of membership only when one tells us that in response to their faith, their baptism was by immersion and for the remission of their sins. 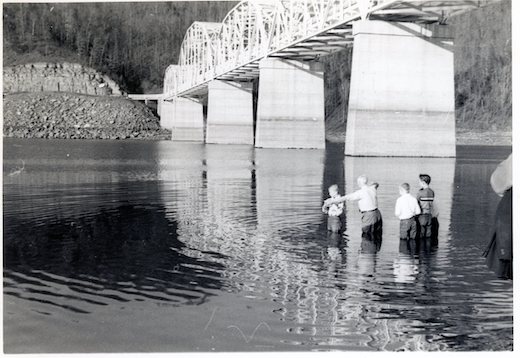 River Baptism in Our Early Years

Three thousand converted on the day of Pentecost  – Acts 2:1-38